The original owner (Ben – the guy I bought the car from) called & asked if I’d sell the car back to him.

What?  I never even thought about selling SS #85.

We visited a few times & I thought that if anyone should have the car it might as well be the original owner.

We are working through things & the car will be going back to PA later in 2014.

I appreciate the opportunity to enjoy the car for 4 or 5 years & it still has a little over 1,900 miles on it.

I purchased the car from the original owner & have all the documentation. 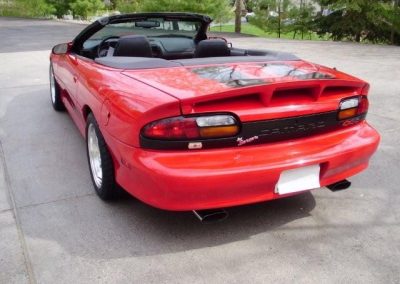 Wanna Ask a Question? Send Me A Message!